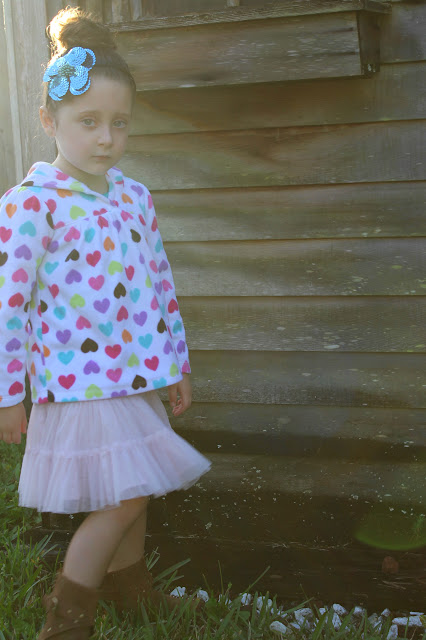 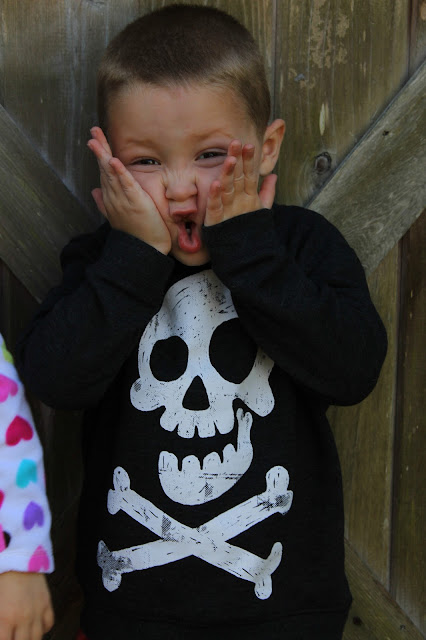 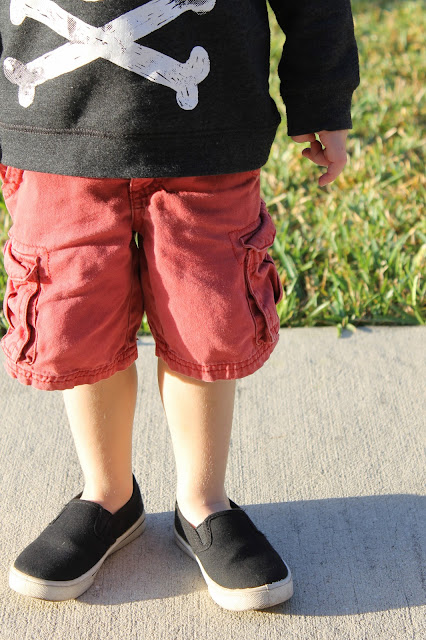 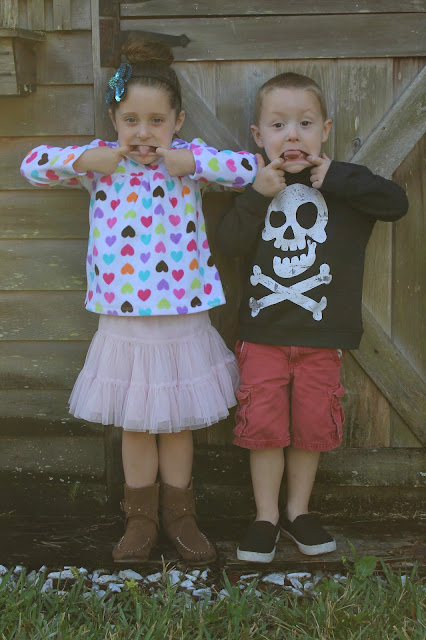 Molly: Kohl’s pullover (similar); Old Navy skirt (similar); Target boots and headband (similar.)
Brady: Target sweatshirt and shorts (similar); Wal Mart shoes (similar.)
Before I had kids I mistakenly thought that I would have control over them. I would hear parents say that their child wouldn’t wear this or they wouldn’t eat that and I would laugh to myself.
Who is the boss? I would think to myself. You or them?
Oh, I was a rookie then. So naive.
I’v since learned there is a very fine line between having control and letting children be themselves. Now, I’m not talking behavior. Kids need limits and rules and bedtimes and routines to become good people. But there are also a lot of gray areas that I never thought about.
Quick story:
I once saw a mom with three or four small children in a parking lot. It was about 40 degrees and windy and one of the little girls had on just a short sleeved dress and boots. Pre child me would judge. Is she crazy, that child will freeze! Put a jacket on her!
Post child me thinks,
Hmmm, I bet that mom was trying to get out of the house and that little girl threw a fit about putting a jacket on. And instead of arguing the mom lets her go so she can realize it is cold and just brings the jacket along. The little girl would most likely realize she is cold and put it on.
I realize this now because I have children like that. My daughter, from the age of three or so, refuses to wear what I pick out. She has very specific ideas about what she wants to wear and cannot be swayed from it.
I swear, I don’t know WHERE she gets it from.
Most of the time I shop for her alone and pick out things I want her in, because if I bring her with me she vetoes everything I want and only wants what she wants. She likes to wear one color head to toe and loves purple and pink and only likes dresses. She is not above refusing to wear something I’ve bought if she doesn’t like it.
My son will wear what I set out, mostly. Sometimes he gets himself all dressed and looks kind of homeless. Or he’ll wear his underwear backwards. Or wants to put on his Halloween costume and wear it 24/7
But that’s okay.
I’ve realized that it is more important to me that they feel good about themselves and not so much about how I feel they look in front of others.