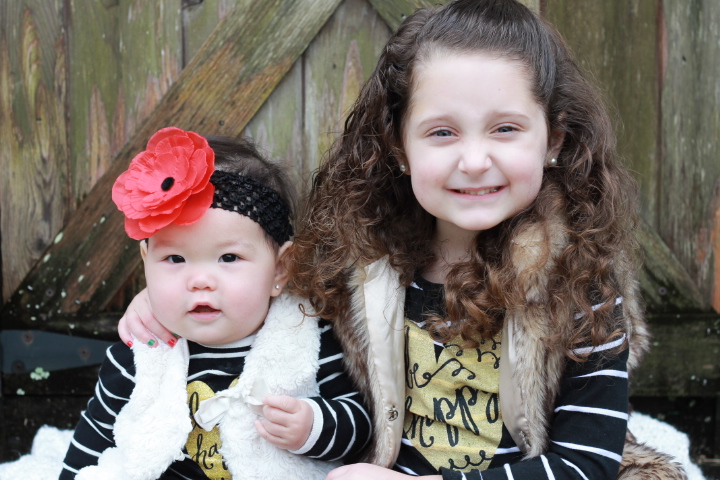 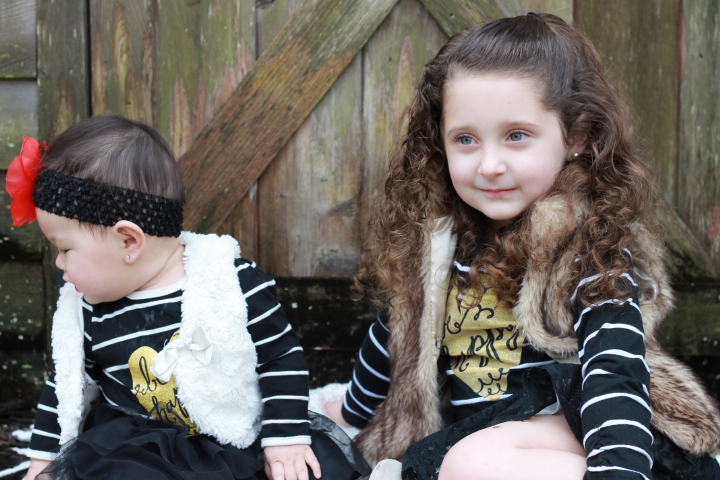 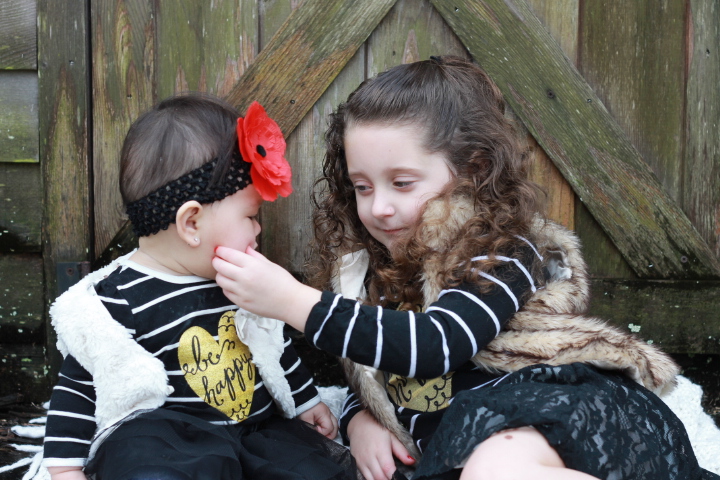 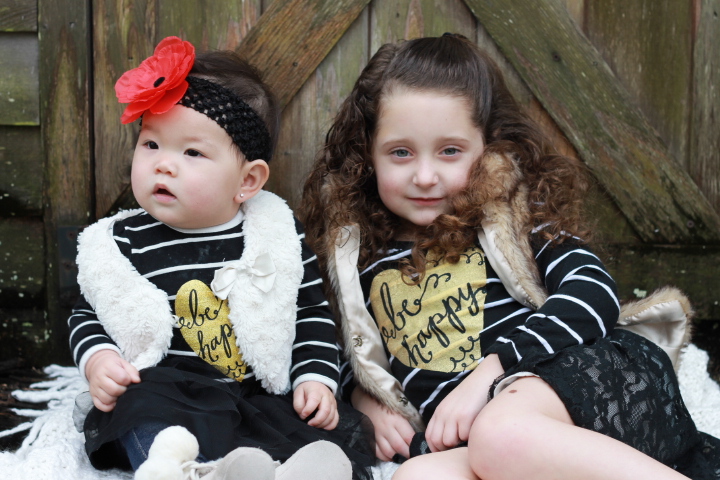 When you’ve had the same best friend since 1998 (we met the first day of college!) and she comes to visit with her daughter, you are honor bound to make your daughter dress in a matching outfit and take a gazillion photo’s of them. Molly knows the drill, she can pose the second a camera turns her way. I have no idea where she learned that.

Katie and I have been friends forever and have seen each other in every imaginable situation. Pledging, crazy nights out, roommates, dating, marriage, children. I even suggested her daughter’s name after seeing it on a real estate sign around town (Harper!) We talk and text multiple times a day about the most useless of things. We can literally finish each other’s sentences. Creepy? Probably.

Funny enough, she actually knew about both my pregnancies before my husband.

The first time I got pregnant I took the test late at night when my husband had to work for 24 hours. The next day I went to the doctor to confirm (I was about 8 past conception and I barely passed the test, but whatever, I was PREGNANT!) Katie called on the way home and asked, “So, what are you up to?” I meant to wait to tell her until after I told my husband. I really did. I held out for maybe five seconds before I blurted out, “I’m pregnant!”

The second time I got knocked up (tee hee!) I found out about 2 weeks before Christmas and really wanted to surprise my husband and family with the news on Christmas with homemade, “Molly’s going to be a big sister” cards. It ended up being a great surprise, but in the meantime I had to tell someone, so I told Katie and for a couple of weeks she and I were the only ones to know.

Katie was the one that saved me from having a home birth with Molly. It was three weeks before my due date and I was pretty achy all day with “weird” pains in my middle (contractions, duh!) I kept calling her and saying how weird I felt and she convinced me to time the pains. They ended up being 7 minutes apart, but I had a dermatologist appointment that I didn’t want to miss and told her that I had to go there first, then to the doctor. On the drive over she talked me into stopping at the hospital to be checked out. Turns out I was in heavy labor and Molly was born that night.

So, long story short. When you have a best friend who has been through everything with you and has an adorable eight month old miracle baby, you must take advantage of the situation and show them off to the world. Then you put them to bed and drink many glasses of wine. Cheers!